The majority of Americans have heard of Arlington, VA before.

They’re familiar with it because Arlington is home to Arlington National Cemetery. It’s a U.S. military cemetery that is reserved for those who have served their nation. It’s where John F. Kennedy Jr., his wife Jacqueline Kennedy Onassis, and many other notable people are buried.

But there’s more to Arlington than just the Arlington National Cemetery. If you’re thinking about visiting or even moving to Arlington, take some time to learn more about it.

Here are 10 interesting facts about Arlington, VA that you probably didn’t know before today.

When Arlington, VA was first established back in 1847, it wasn’t known as Arlington. Instead, the area was originally called Alexandria County.

It remained that way for more than 70 years. In 1920, the name Alexandria was changed to Arlington and it’s been called that ever since.

2. It Was Named After a House Where George Washington’s Adopted Son Lived

Custis was a plantation owner who lived in an estate called the Arlington House. It was named after the Earl of Arlington.

Custis lived in the Arlington House until the time of his death. His daughter Mary Anna Randolph Custis and her husband Robert E. Lee, the infamous Confederate commander, inherited the home after Custis died.

But the U.S. government seized the property following the Civil War and eventually used the land surrounding it to build Arlington National Cemetery. Today, the Arlington House is a museum.

3. It Was Originally a Part of Washington, D.C. 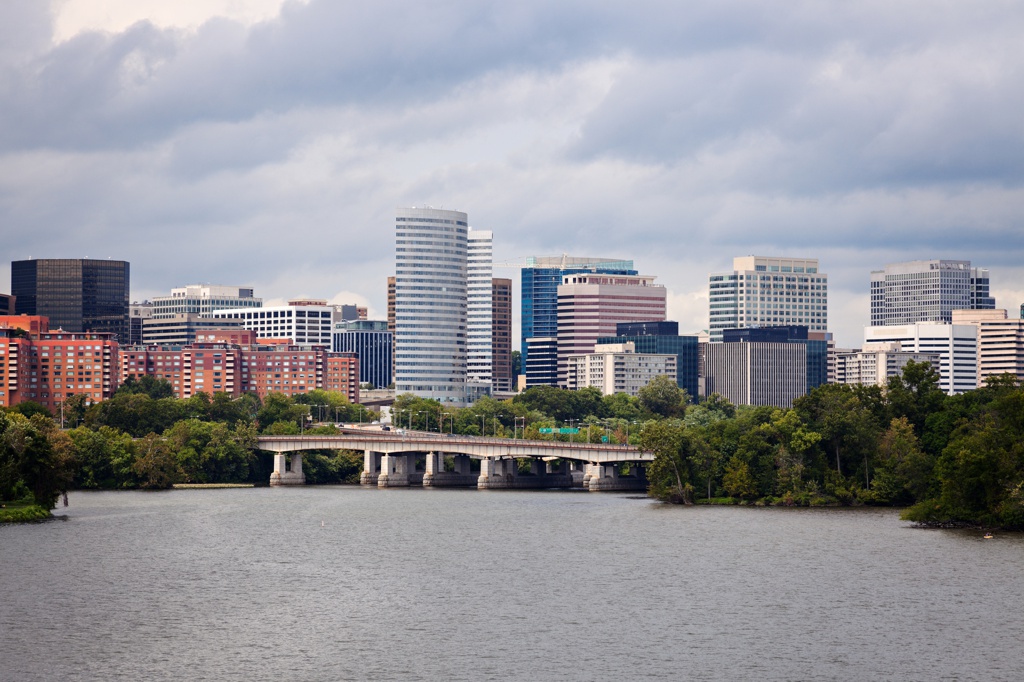 Way back in 1791, the plan was for the area that eventually became Arlington, VA to be a part of the nation’s capital. It was part of a 10-mile square of land that was surveyed for Washington, D.C.

It wasn’t until 1846 that the U.S. Congress agreed to turn over that land to the Commonwealth of Virginia so that it could become Alexandria and, later, Arlington.

4. There Are No Individual Cities or Towns in Arlington

There are lots of different neighborhoods located in Arlington, VA. But one of the things you’ll notice is that there aren’t any individual cities or towns.

That’s because of a decision that was passed down by the Virginia Supreme Court of Appeals in 1922. They determined that Arlington was a “continuous, contiguous, and homogeneous community,” which meant there wouldn’t be any incorporated cities or towns in the county.

5. Arlington Is the Smallest Self-Governing County in the Country

At just under 26 square miles, Arlington, VA is believed to be the smallest self-governing county in the entire country.

There are a few counties smaller than Arlington, like Kalawao County in Hawaii and Bristol County in Rhode Island. But they don’t govern themselves like Arlington does.

6. The Pentagon Is Located in Arlington

Many people are under the assumption that the Pentagon is located in Washington, D.C. But it’s actually situated in Arlington.

The Pentagon is the biggest office building in the entire world with about 6.5 million square feet of space. It houses more than 25,000 employees every day and stretches across six zip codes.

7. Arlington Played a Key Role in the History of Flight

Kitty Hawk, North Carolina gets a lot of the credit for being the birthplace of flight. And rightfully so. It’s where the Wright Brothers took their first flight.

But Arlington played a big part in the Wright Brothers’ success as well. They tested their early planes in Arlington and taught those in the military about how to fly.

If not for those tests, the idea of flying may have remained a novelty rather than a reality for the Wright Brothers and so many others who were interested in and invested in flight.

8. It Also Played a Key Role in the Birth of the Internet

There is a lot of controversy over where the internet was “invented.” Many people have argued that, because of the way the internet works, it’s impossible to credit one particular place with helping to invent it.

But the Advanced Research Projects Agency Network, or ARPAN, was originally funded by the United States Department of Defense, which operates out of the Pentagon in Arlington. The ARPAN helped lay the foundation for the modern-day internet.

Therefore, Arlington is often credited with playing a key role in the birth of the internet.

9. It Once Won a “Smart Growth” Award From the Environmental Protection Agency

The EPA considers growth within a place to be “smart” when that place is able to create a community that includes an array of housing and transportation options that are located near jobs, shopping, schools, and more.

Despite its relatively small size, Arlington has been recognized as one of the country’s leaders in “Smart Growth” over the years. In 2002, the county even received one of the highest awards from the EPA for its commitment to “smart” development.

10. It Has a Diverse Population That’s Growing by the Year

Have you been thinking about possibly moving to Arlington, VA sometime soon?

It’s a great place to live and offers so many opportunities to those who make the move there. It’s why so many people are taking a chance on Arlington these days and relocating to the area.

If you decide to do it, call on a moving company you can trust to move your belongings to Arlington. They’ll ensure everything arrives safely at your new home.

Check out our blog for tips on moving and more information on the Arlington area as a whole.

10 Interesting Facts About Arlington You Probably Didn’t Know https://jakesmoving.com/10-interesting-facts-about-arlington-va/ 4.4/5 based upon 12 reviews.