The Wacky and the Weird: 10 Facts About Maryland You Probably Don’t Know 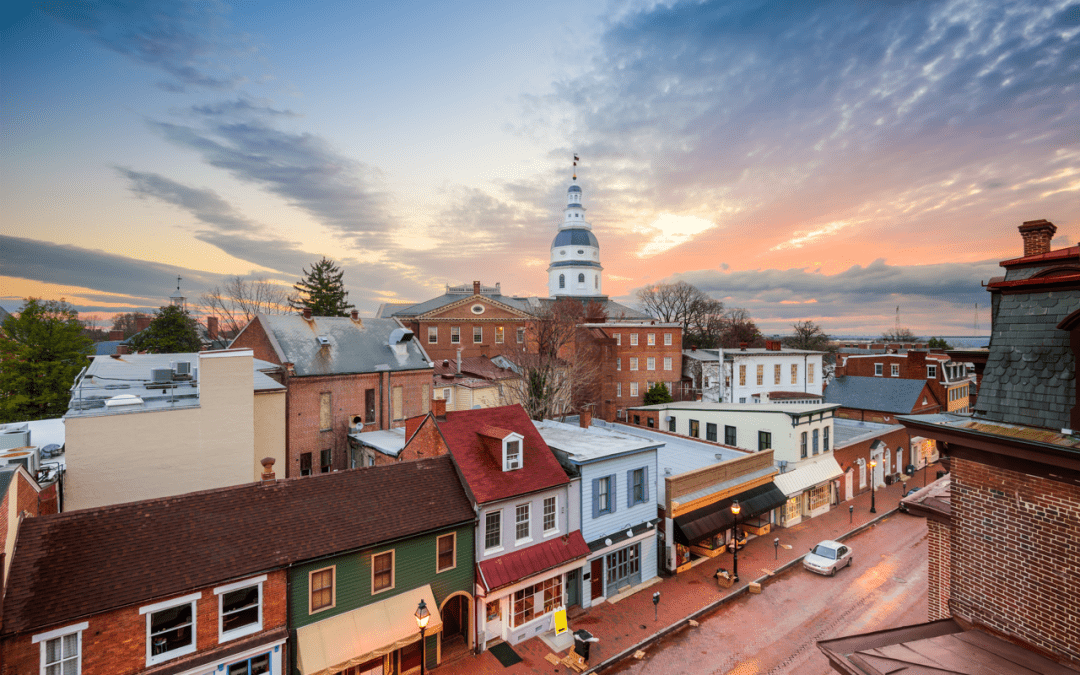 The ‘Old Line State’ is well known for the Baltimore Ravens, soft crabs and abundant waterways. It’s also known as ‘America in miniature’ because of its historical significance. Here are 10 facts about Maryland that you probably didn’t know.

Maryland is famous for its delectable crabs smothered in Chesapeake Bay seasoning, for its ties to the great Edgar Allan Poe and for holding the Sailing Capital of the World.

But did you know that in Maryland, judges wear red, crabs are blue, someone invented the Ouija board and jousting’s there, too?

See how many fun facts about Maryland you know and read on to discover more about the history and culture of this magnificent state.

From its founding in 1788, Maryland has held a unique presence in America, inspiring some of the most forward-thinking movements of the day. Presently, it proudly retains much of its rich heritage. 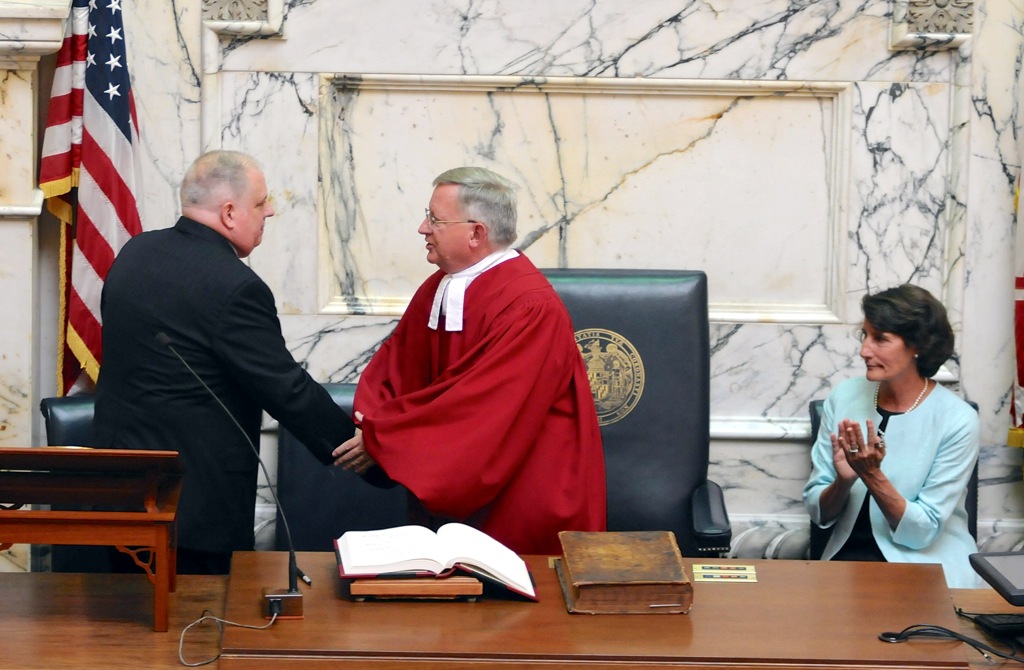 When you picture a judge, you usually see the billowing black robes reminiscent of Severus Snape. Not so much in Maryland.

There, judges in the Maryland Court of Appeals wear red or scarlet. The fashion choice derives from a connection to English Common Law.

During the 14th century, England and Wales enjoyed a colorful assortment of robes that varied with the seasons. Scarlet was usually reserved for holy days or other important occasions.

From there, the pendulum swings back and forth as color choice, style and beliefs transformed. It wasn’t until the early 1900s that a judge suggested the robes be returned to scarlet. Given its past use and the state’s affection for history, the color was adopted.

Two hundred years after scarlet robes quit being worn in Maryland’s highest court, they sprang to life once more behind the gavel.

2. The Opening of the First US School

Education has always been a prominent and ever-influencing factor in Maryland culture, regardless of the century being researched. Therefore, it may come as no surprise to learn that the state was responsible for opening the first ever US school.

The Boston Latin School opened in 1635, and it was considered the first public school in what would become the US. John Hancock and Samuel Adams graduated from here. Even Benjamin Franklin attended, but he dropped out before graduating.

3. Home to Several Past Capitals

Washington DC did not become our nation’s capital until 1790. Previous, several other cities had the honor, including Annapolis and Baltimore.

After British troops overtook Philadelphia, America’s temporary capital in 1776, the Continental Congress moved headquarters to Baltimore. From there, capitals moved through Pennsylvania and New Jersey before moseying back to Maryland in one of its most well-known cities: Annapolis.

It was there Washington gave his resignation speech and the Treaty of Paris was ratified. Today, the Maryland State House remains as the nation’s oldest state capitol still being used.

Most everyone knows the story of Harriet Tubman, the slave who escaped to the North, taking over 300 indentured humans with her.

Tubman was born in Dorchester County, and eventually, she became one of the leading abolitionists the world would ever know. After rumors spread she was going to be sold, Tubman became a fugitive with her two children. They made their way to the North, using much of Maryland’s Underground Railroad, and to freedom.

It was said every fugitive she led survived.

5. Remembrance of the Battle of Antietam

Have we mentioned how much Marylanders love history? Well, they do. It’s part of the reason why anyone walking by the Antietam National Battlefield around December 1st of each year will see thousands of flickering lights.

Each of the 23,000 candles represents a soldier killed in the bloodiest day of American history.

Sir George Calvert was an English statesman hoping to find somewhere he could practice his Roman Catholicism in peace. The result was the province of Maryland.

Sir Calvert left his stamp throughout the region. He was renamed Baron Baltimore in the eyes of the church after declaring his religion, leading to the naming of the famous city. Several counties are also named after him or his offspring, and the Maryland state flag has the family’s coat of arms emblazoned upon it.

7. Jousting Is a Thing 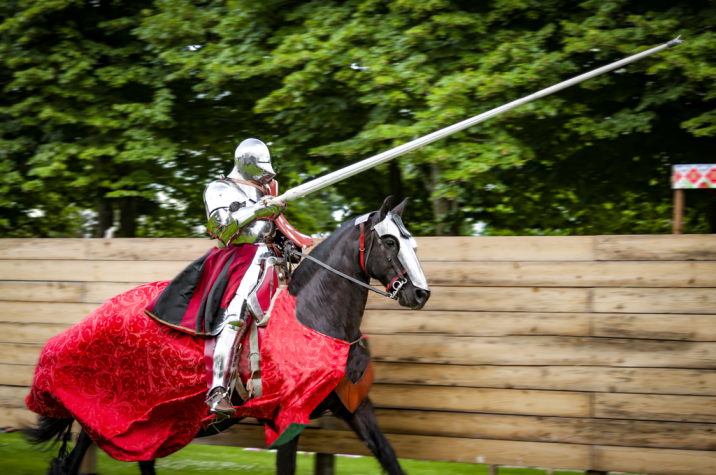 You might picture jousting as a sport to be viewed only at medieval festivals, but not in the Old Line State.

Jousting, the world’s oldest sport on horseback, became Maryland’s official sport in the 1960s. It was always popular in the territory, with competitions being recorded as far back as colonial times. Today, it survives through competitions and numerous groups.

Although Maryland is widely known as a liberal state, when its anthem was written, times were turbulent. America was in the throes of the Civil War, and the lyrics certainly show it.

Northerners are referred to as “scum” and Abraham Lincoln is named a tyrant. Debates have soared about whether the song should be retired.

We’ll put it this way: over half of total landings including blue crabs come from the Chesapeake Bay. It’s the state’s most valuable commercial fishery.

However, the demand for their succulent meat has led to a drastic population decline, so much so that between 2012 and 2013 their population experienced a 465 million dip. The state established new harvest limits in 2008 to staunch the drops, which has aided in population recovery efforts.

If you’ve ever had a spooky experience with a Ouija board, you can thank (or curse) Helen Peters, Elijah Bond, and Charles Kennard.

Peters was a spiritual medium and Kennard an entrepreneur. Together, they had been creating talking board games, but one night in 1890, the board spelled out the name it would be forever known by OUIJA.

The name stuck and was eventually patented by Elijah Bond, Peters’ brother-in-law. Today, you can visit his gravestone, which is modeled after a Ouija board.

We wouldn’t blame you. As these facts about Maryland attest, it is rich in culture, and it has more historical references than a walking encyclopedia.

If you’re considering moving to the Old Line State, take a dive into our article, which will explain 8 amazing benefits of moving to the region. For instance, did you know Maryland is host to The Book Thing? It’s any book lover’s paradise, a place where you can get books free.

Click here to find out other amazing and unique benefits of living in the state where judges wear red and crabs are blue.

The Wacky and the Weird: 10 Facts About Maryland You Probably Don’t Know https://jakesmoving.com/10-facts-about-maryland-you-probably-dont-know/ 4.2/5 based upon 15 reviews.